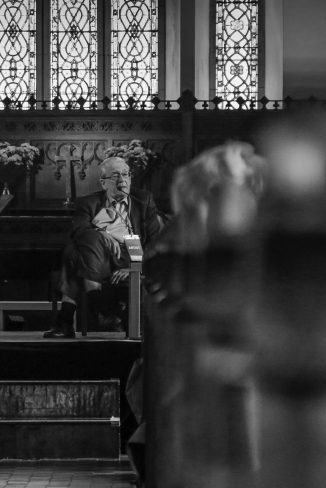 ….the State commemoration of 1916 should be an “unabashed celebration”. 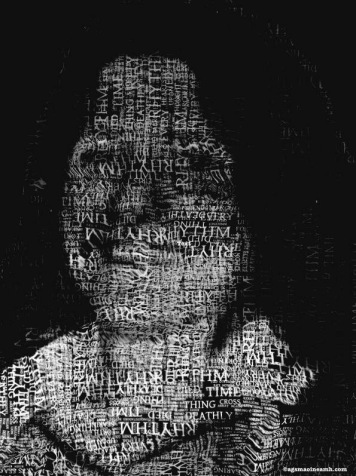 Bobby Sands Rhythm of Time portrait I did a couple of years ago.

“I had a visit this morning with two reporters, David Beresford of The Guardian and Brendan Ó Cathaoir of The Irish Times. Couldn’t quite get my flow of thoughts together. I could have said more in a better fashion”. Bobby Sands, 3rd March 1981.

Ó Cathaoir is interviewed for the film. As a journalist, he laments, he always endeavoured to aggrieve the comfortable while comforting the aggrieved.

“It is not those who can inflict the most but those who can suffer the most that will win” Fintan O’Toole paraphrasing Cork Mayor, Terence MacSwiney, who died on hunger strike in 1920.

As the film presents testimonies from both sides of the conflict, the narrative regularly refers back to MacSwiney’s observations on suffering as if to ask the audience; who is suffering here? Who is doing the inflicting?

Over the course of the film we learn that the act of hunger-striking dates back in Irish culture over a thousand years, designed to empower the oppressed by shaming the oppressor. Along with exploring the physical effects of starvation on the human body, we learn, through Bobby’s own words, the mental suffering also endured;

“The body fights back sure enough, but at the end of the day everything returns to the primary consideration, that is, the mind. The mind is the most important”. Bobby Sands, 17th March 1981.

This documentary is very well put together and though I know Brendan, the director, was disappointed he didn’t get a chance to feature more of the women in Bobby’s life, it’s understandable seeing as the events are still controversial and painful for many people involved (two middle-aged men either side of me were in tears at the Guth Gafa screening I attended).

Having said that, 66 Days is an absorbing, intense film that I hope many audiences of all ages (not just in Ireland), will get a chance to see.

In the fishing village of Kilmore Quay, Co. Wexford you’ll find the most beautiful collection of traditionally thatched cottages.

I was lucky enough to catch a glimpse of how this village maintains its crowning glory as local thatcher, Vinny, set to work on replacing a thatch ridge ahead of the Kilmore Quay Seafood Festival.

There is a Go Fund Me campaign set up to fund a documentary on thatching in the area, click here for details. 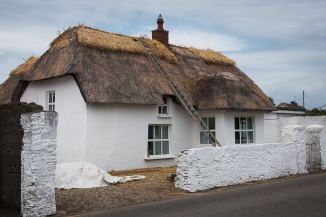 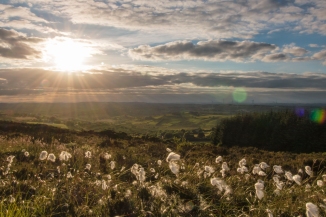 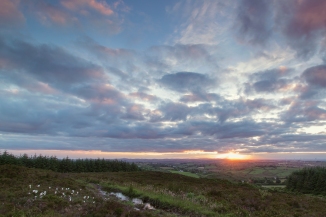 For more info on Lough an Leagh today click here.

For more on the history Lough an Leagh and other high places in the area click here. 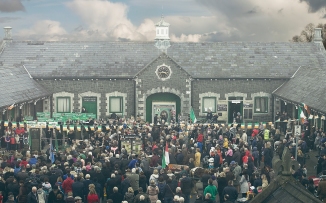 The South Monaghan Easter 1916 Commemoration Committee, with support from Monaghan County Council, unveiled a 1916 Easter Rising monument on the Market Square following a parade through the town on Easter Monday 2016. 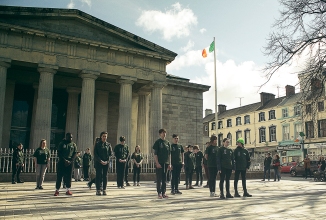 As part of the nationwide re-imagining the Easter Rising events, members of M.A.D Youth Theatre Dundalk gave a very well received public performance at midday outside the courthouse on Easter Monday. 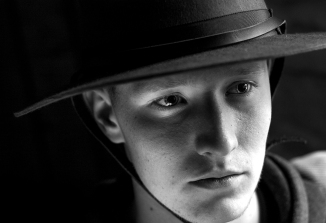 Today, in the Irish High Court, Mr Justice Max Barrett passed judgement in favour of the case made by the 1916 Relatives Association with support from a new generation of Irish volunteers.  This judgement, against the position of the government, will protect important 1916 battle sites beside the GPO around Moore Street from demolition.

Sadly a proportion of 1916 battlefield sites were deemed unimportant by the Minister for Arts, Heritage and the Gaeltacht, Heather Humphries and her government. Now the High Court has ordered that she must reconsider her position.

You can read the full story here from the Irish Times including a synopsis of the 400 page judgement by Mr Justice Max Barrett. 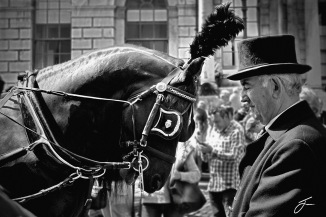 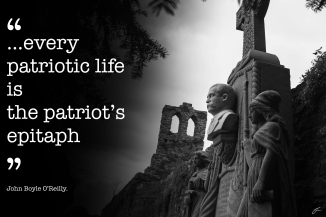 from ‘The Patriot’s Grave’ by John Boyle O’Reilly. 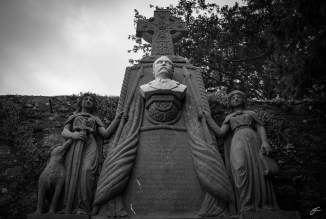 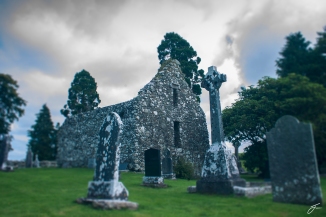 In kitchen drawers, stuffed into biscuit tins or nestled between bills and faded hospital appointment cards across rural Ireland you’ll, in all likelihood, find a ‘list of the cures’.

The traditional is seeing a resurgence (though it never went away) due to a crumbling health service coupled with unbearable waiting times for even the simplest of treatments.

I brought my own eight year old daughter to our G.P at the start of the summer, hoping to resolve a common problem picked up after six weeks of swimming lessons, a verruca. I remember having one myself when I was her age and going to the G.P to have it treated with dry ice, no big deal.

Speaking on the phone to a lady last week in the waiting list department, she told me, lowering her voice, Varadkar’s minions (her words) are watching everything. There was nothing she could do and was not in a position to give out any information other than suggest I go back to the G.P to secure a second letter of referral to strengthen my daughter’s case to be moved onto the actual waiting list for treatment (The actual, ‘real’ waiting list has a six month wait, so I don’t envisage medical treatment for my daughter anytime this year).

Growing up in the city, I had never heard of the gift of the cure, only going for the cure on a Sunday morning after a particularly good Saturday night out.

Some years ago we were given a list of cures from a neighbouring farmhouse, specific to our townland. The handwritten pages listed every part of the body with it’s accompanying cure.

I put the list away between the pages of a book on the traditions of rural Ireland and thought nothing of it until last week.

The list makes fascinating reading; a cure may involve visiting a location, like the well at Moybolgue Cemetery pictured above (proof indeed that we did visit the well for my older daughter’s warts on her fingers), or paying a visit to a particular person who has the gift of a specific cure.

There’s a man who lives nearby in an old cottage with the cure for the kidney’s. He’s only request from his patrons for the cure is a box of twenty Major.

The lady who visited us on Sunday with the cure for the veruca asked for nothing. We’ve to call her again in seven days. Three visits she advised, cures the verruca, but they’re usually gone before that. Needless to say I’m fascinated to see if it works.

I wish I could share the list of cures with you, but I can’t; It would, in all likelihood, be highly illegal.

But I can urge you to vote the minister and his government out in the next general election, it might not cure the waiting lists, but it’d bring some relief.

Within a week the warts and verruca turned black, over three weeks they gradually dissappeared. 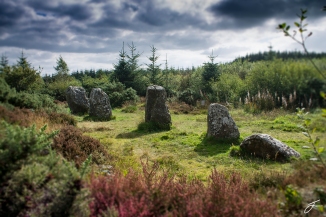 Five megalithic standing stones on the side of Shantemon Hill, in the parish of Castletara, outside Cavan Town that make up the legendary giant Finn McCool’s (Fionn Mac Cumhail) fingers.